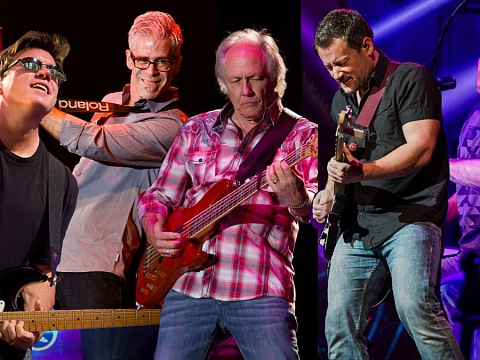 The Eagles founding member, the late Glenn Frey, knew what he was saying when he dubbed Little River Band “the best singing band in the world.”

In 2020, lead singer and bass player Wayne Nelson will be celebrating a personal milestone of being a member of Little River Band for 40 years.

Bringing their vocal and musical energy along with great arrangements to their timeless classic hits, each show creates new memories for the audience. The band enjoys watching their fans fall in love with the songs all over again as they are swept up by the show’s powerful performance and the volume of hits from LRB’s history.

With over 80 dates scheduled for their 2020 tour, Little River Band is hotter than ever – selling out shows and making music from coast to coast – continuing their legacy of being “the best singing band in the world.”