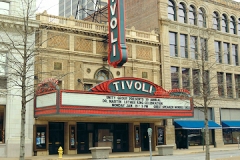 Events at this location…

Reason for flagging this venue:

Know something we don't?
Submit an event for this venue