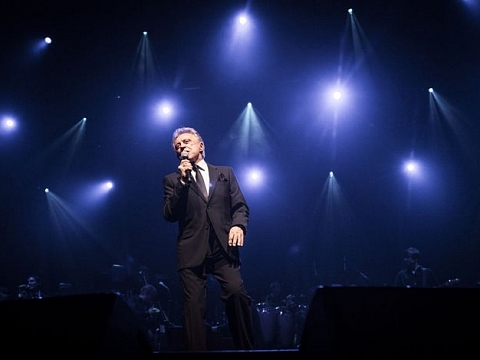 Oh, what a story. Frankie Valli, who came to fame in 1962 as the lead singer of the Four Seasons, is hotter than ever in the 21st century. Thanks to the volcanic success of the Tony winning musical Jersey Boys, which chronicles the life and times of Frankie and his legendary group, such classic songs as “Big Girls Don’t Cry,” “Walk Like a Man,” “Rag Doll,” and “Can’t Take My Eyes Off You” are all the rage all over again. With the play in its seventh blockbuster year on Broadway, and five other casts performing Jersey Boys nightly from Las Vegas to London, the real Frankie Valli is also packing venues around the world.

For as far into the future as anyone can see, Jersey Boys will introduce the music of Frankie Valli to new generations. The man himself shows no signs of slowing down. As his character says at the end of Jersey Boys: “Like that bunny on TV with the battery, I just keep going and going and going.” For as long as he wants to sing, people will want to listen.