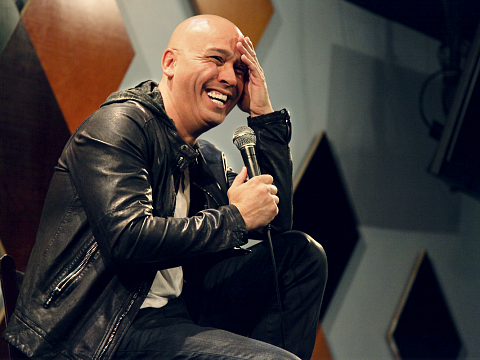 As one of today’s premiere stand-up comics Jo Koy has come a long way from his modest beginnings performing at a Las Vegas coffee house. The comedian, who pulls inspiration from his family, specifically his son, sells-out arenas and theaters across the world.

In 2017, Koy broke a record for the most tickets sold by a single artist at 23,000 tickets and 11 sold-out shows at The Neal S. Blaisdell Concert Hall in Honolulu. In response, the mayor’s office in Honolulu proclaimed November 24th as “Jo Koy Day.” The comedian continued his record breaking streak by being the only comedian to sell out 6 shows at The Warfield in San Francisco. He then broke the attendance record at Club Regent Event Centre in Winnipeg with 4 sold-out shows. In 2019, Koy sold-out 5 shows at the San Diego Civic Theatre, the most consecutive sold-out shows for a comedian. He recently became the only comedian to sell 17,000+ tickets, over 30 shows (in one year) at the Brea Improv.

Today, the comedian tours around the world on his "Just Kidding World Tour" with ALL NEW material. For more info on the podcast, album and tour dates, please visit: Jokoy.com.