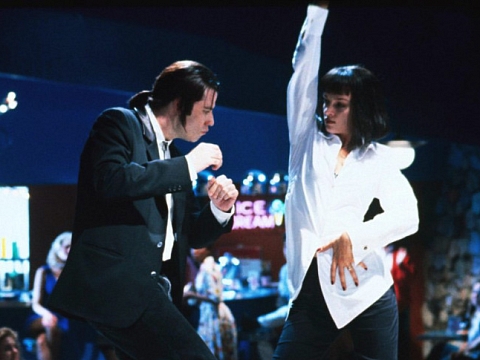 The lives of two mob hitmen, a boxer, a gangster & his wife, and a pair of diner bandits intertwine in four tales of violence and redemption.