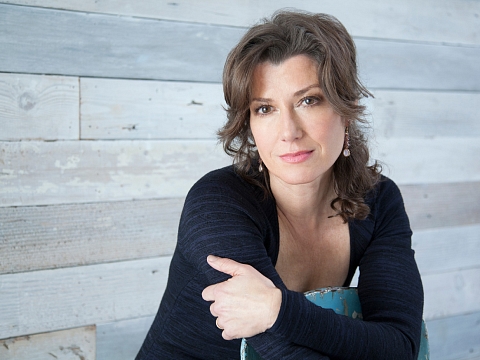 Conventional wisdom has it that Amy Grant put Contemporary Christian Music on the map, becoming the first CCM artist to have a platinum record, the first to hit No. 1 on the Pop charts, and the first to perform at the GRAMMY Awards. Since then, Grant has been strumming her way through a thirty-plus year adventure as a singer-songwriter, author, television host, and speaker.

Early on, Grant’s iconic voice became instantly recognizable in both the Christian and pop worlds. Over the years, she has sold more than 30 million albums world-wide, including three multi-platinum, six platinum, and four gold. Her chart performance has also been consistent throughout her career, boasting six No. 1 hits, 10 'Top 40' Pop singles, 17 “Top 40” Adult Contemporary tracks and multiple Contemporary Christian chart-toppers. In recognition of such success, Grant has received 6 GRAMMY Awards and 26 Dove Awards, a star on the Hollywood Walk of Fame, and a star on the Music City Walk of Fame. Additionally, she was most recently inducted into the Gospel Music Hall of Fame in Nashville.