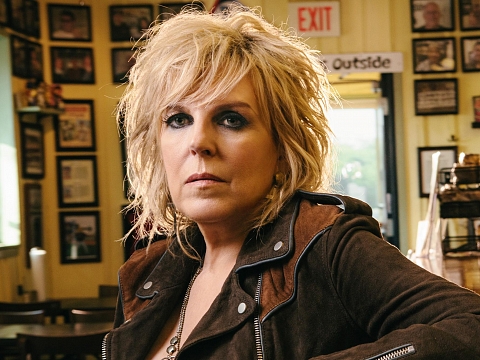 “It’s all come full circle,” says Lucinda Williams about her powerful new album, Good Souls Better Angels. After more than forty years of music making, the pioneering, Louisiana-born artist has returned to the gritty blues foundation that first inspired her as a young singer-songwriter in the late 1970s. And after spending the last year on her sold-out “Car Wheels on a Gravel Road” 20th Anniversary tour, Williams has reunited with that game-changing 1998 album’s co-producer and engineer Ray Kennedy, recording Good Souls, Better Angels with her ace touring band at his Nashville studio. Joining them as co-producer is Williams’ manager Tom Overby, to whom she’s been married for a decade and who contributed lyrics to her masterful songcraft. “That’s what I always dreamed of – a relationship with someone I could create with,” Williams enthuses.