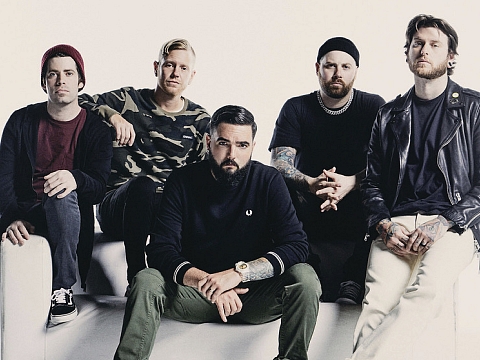 Rock 105 Presents A Day To Remember

Ambition extinguishes limits. With forward motion as the only constant, A Day To Remember creatively bypass any and all boundaries, leaping over the lines between rock, alternative, punk, hardcore, metal, and pop with uncompromising outlier spirit. As such, they unassumingly maintain their reputation as the biggest underground band in the world, boasting four gold singles, a pair of gold albums, a platinum single, nearly 1 billion streams, half-a-billion YouTube views, and cumulative sales of three million-plus units. Leaving sold-out arenas in their wake, the group logged a #2 debut on the Billboard Top 200 with 2016’s Bad Vibrations while more recently they ignited a high-profile collaboration with electronic hit-maker Marshmello. However, they vault ahead once again on their 2021 Fueled by Ramen debut, You’re Welcome. Now, the quintet—Jeremy McKinnon [vocals], Alex Shelnutt [drums], Kevin Skaff [guitar, vocals], Neil Westfall [guitar, vocals], and Joshua Woodard [bass]—realize their full potential as rock’s most disruptively dynamic force.