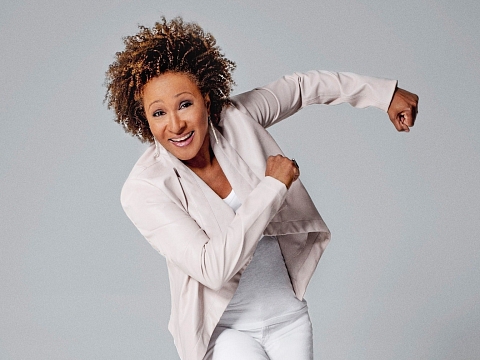 Wanda Sykes is an Emmy winning stand up comic, writer, actress and producer who has been entertaining audiences for over twenty years. She has ranked among Entertainment Weekly’s “25 Funniest People in America” and her peers have called her “one of the funniest stand-up comics” in the field.

In 2020, Wanda received Emmy nominations for both her role as real-life comic ‘Moms Mabley’ in The Marvelous Mrs. Maisel and for her voice work as ‘Gladys Murphy’ in Crank Yankers, a role she originated in 2004. Wanda’s guest-starring role on ABC’s Black-ish also brought her two back-to-back Emmy nominations for “Outstanding Guest Actress in a Comedy Series” in 2017 and 2018. Her fifth and latest standup special, Wanda Sykes: Not Normal, is currently streaming on Netflix and was nominated for two 2019 Primetime Emmy Awards; “Outstanding Variety, Music or Comedy Special” and “Outstanding Writing for a Variety, Music or Comedy Special.” The special also received a Broadcast Critic Award nomination.