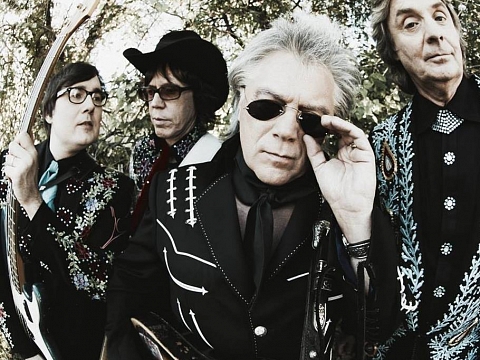 Marty Stuart is a five-time GRAMMY-winner, platinum recording artist, Lifetime Achievement Award recipient from the Americana Music Association, Grand Ole Opry star, country music archivist, photographer, musician, and songwriter. Since starting out singing gospel as a child, Stuart has spent over four decades celebrating American roots music. His teenage years on tour with bluegrass legend Lester Flatt in the ’70s were followed by six years in Johnny Cash’s band in the ’80s, and a chart-topping tenure as a solo artist in the ’90s. Most recently, Stuart confirmed the 20th anniversary release of his celebrated record, The Pilgrim – Deluxe Edition for the first time ever on vinyl. These newly unearthed songs include features by Country music legends including Ralph Stanley, Connie Smith, Emmylou Harris, Earl Scruggs, and more.