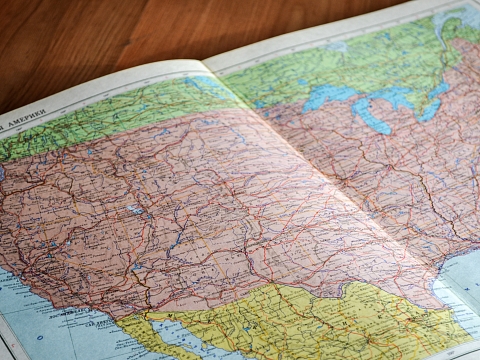 Every ten years, state legislatures redraw district lines to elect officials from school boards to the US House of Representatives. How they draw those lines is one of the least-understood but most important jobs of state government. In this workshop, we'll talk about what gerrymandering is (and is not), why it impacts your life, and why this issue deserves more of your attention. Tennessee (and all other states) will redraw our districts next year; learn what you need to know.

This class is part of a series of classes on Civics. Find the full list here: www.thechattery.org/civics

Dr. Liz Norell did not grow up in a particularly political family. In fact, when she was about eight years old, her father had her take a political ideology quiz from the weekend newspaper, and the results horrified him so thoroughly that they’ve rarely talked about politics since. However, she felt her interest in politics grow deeper during her undergraduate studies at George Washington University; there, Washington, DC was her laboratory as she pursued a degree in journalism, intent on bringing unbiased information to the masses. Life took a few turns before she went back to school to get her Ph.D. in political science from the University of Texas Dallas. Although she primarily studies public opinion and political behavior, she's borderline obsessed with the Supreme Court. Her favorite thing in the world is teaching the inner workings of American government to others -- most of the time, she does so at Chattanooga State Community College, but honestly? She'll grab any excuse to do so outside of a college classroom, too.to elect officials from school boards to the US House of Representatives.

Please note: this event is by donation. A portion of the proceeds will go to Chattanooga State’s First in the Family Scholarship, established in memory of Tom Edd Wilson. The scholarship supports students who are first generation college students. Income from this fund provides scholarships in the amount of $2,000 each academic year to students at Chattanooga State.