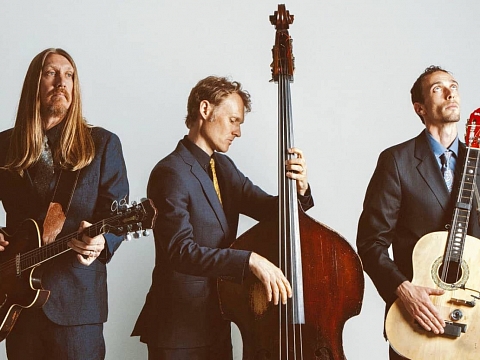 Dubbed 'masters of soulful folk' by Paste, The Wood Brothers formed after brothers Chris and Oliver Wood pursued separate musical careers for 15 years. Chris already had legions of devoted fans for his incomparable work as one-third of Medeski Martin & Wood, while Oliver toured with Tinsley Ellis before releasing a half-dozen albums with his band King Johnson. With drummer Jano Rix added as a permanent third member, it's become quite clear that The Wood Brothers is indeed the main act.

Kat Wright, whose voice is both sultry and dynamic, delicate yet powerful; gritty but highly emotive and nuanced, has been described as “a young Bonnie Raitt meets Amy Winehouse”. Add to that voice enough stage presence to tame lions, and the combination of feline femininity proves immediately enchanting. There’s soul flowing in and out of her rock ‘n’ roll with a serpentine seduction. Some of soul music’s sweet, grand dames belt, shout, seethe, and succumb, while Wright sings gently like a heartache’s apology. It’s funky in spots and beautiful all over. And it hurts a little … like it should.