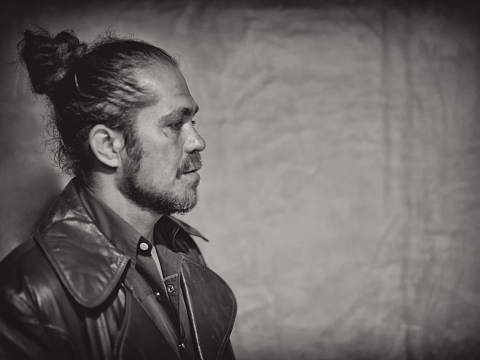 Ask him how he knew it was time to record a new studio album and Clarence Greenwood, the trailblazing artist and producer better known as Citizen Cope, has a simple answer: “It was time.”

Cope has built an entire career on trusting his gut and following his muse, and if his new album, ‘Heroin & Helicopters,’ is any indication, his instincts are sharper now than ever before. As technically innovative as it is emotionally resonant, the record arrives at a uniquely challenging moment in modern American culture, when profound political polarization and social divisions seem to grow deeper by the day. Rather than dwell on our differences, though, Cope tunes in to what unites us here, drawing on everything from Chuck Brown and The Beatles to Randy Newman and Bill Withers, aiming his unique brand of urban-folk inwards to reflect on the personal journeys we all undertake to embrace ourselves despite our flaws.

“Essentially, I’m trying to connect an emotion and lyrics and wrap them up in heavy drums,” he explains. “The music isn’t hip hop, it isn’t reggae, it isn’t pop, and it isn’t rock and roll. It doesn’t necessarily have a home, genre-wise, but it lives in all of those places, it pays respect to all those places.”

Respect is ultimately what it all comes down to for Cope: respect for the art, respect for each other, respect for ourselves, respect for our instincts. At the end of the day, we all want the same things, and no matter how much the culture conditions us to believe that peace and happiness can be bought and sold, there’s no price tag because they come from within. Change, growth, and satisfaction require patience, work, and love. Seven years in the making, ‘Heroin & Helicopters’ is proof of that.