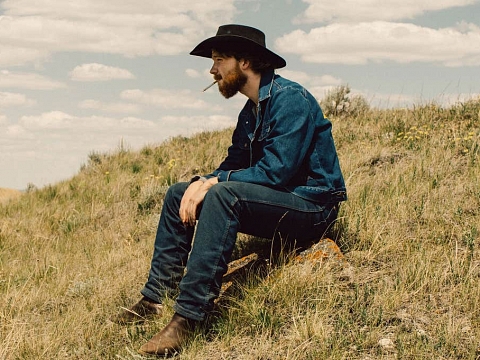 After two years of relentless touring, Colter Wall wanted to make an album about home. Drawing on the stories of Saskatchewan, Canada, the young songwriter’s corner of the world takes shape throughout his second full-length album, Songs of the Plains. Produced by Dave Cobb in Nashville’s Studio A, the project combines striking original folk songs, well-chosen outside cuts, and a couple of traditional songs that reflect his roots growing up in the small city of Swift Current.

“One thing I’ve noticed over the last few years, in the United States and playing in Europe, is that people all over the world really don’t know much about Canada at all,” he says. “When you talk about Saskatchewan, people really have no idea. Part of it is because there are so few people there. It’s an empty place—it makes sense that people don’t know much about it. But that’s my home, so naturally I’m passionate about it. With this record, I really wanted people to look at our Western heritage and our culture.”

Indeed, Wall captures the spaciousness of the Canadian plains by relying on minimal production and his resonant baritone, which he’s strengthened into a mighty instrument in its own right. It’s a deep and knowing voice you wouldn’t expect of a man who’s not yet 24 years old.