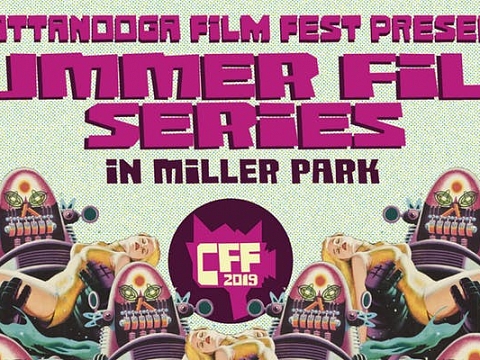 “There are bad cops and there are good cops—and then there's Bullitt.” So read the poster tagline of Peter Yates’ slam-bang 1968 cops and cool cars action cinema classic Bullitt. Featuring one of Steve McQueen’s most beloved screen appearances, throw in Jacqueline Bisset, Robert(s) Vaughn and Duvall respectively and one of the great car chases in the history of film, and you’ve got a powder keg of a motion picture that’s still as much of a blast to watch as it was upon its initial release.

About the Summer FIlm Series

Without question one of the highlights of the 2019 edition of the Chattanooga Film Festival was the screening of the classic The Creature From The Black Lagoon in our city’s beautiful new Miller Park. Film fans turned out in droves with their families (and even their pets!) to help us celebrate one of the greatest movies ever made.

The response was overwhelmingly positive, but you all had one question: When were we going to do it again? Good news. The Chattanooga Film Festival is proud to partner with Open Spaces Chattanooga to present our 2019 CFF Summer Film Series.

As with our screening of The Creature From The Black Lagoon this past April, all three films are FREE to attend and open to the public. Our partners with Open Spaces have allowed us to make this a bit more special than your average Summer Series and to curate a trio of films that are among the best examples of their respective genres ever made.

These are films that will make movie buffs rejoice, yet still delight even casual movie fans. Each film will feature a special introduction that will give attendees a bit more context as to why what they’re about to see is so special. In addition, some of the tastiest food trucks our fair city has to offer will be on hand if you’re in a dinner and a movie kinda mood.

Join CFF and Open Spaces as we Respect Cinema and celebrate summer with this trio of stone cold classics.