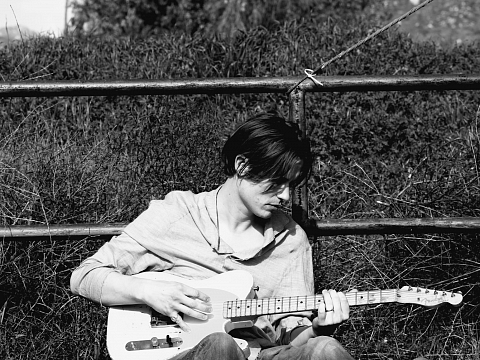 Jonny Lang’s performance at the Walker Theatre has been rescheduled to Wednesday, October 14 due to a physical health issue. All previously purchased tickets will be honored on the rescheduled date. Jonny Lang will recover, but in the interests of long term well-being the prudent move is to reschedule where possible. From the start of his career he has always aimed to never miss a confirmed show, and personally offers a sincere apology to all fans impacted by doctor’s orders which came earlier today that Jonny needs more time to heal his voice.

It is hard to believe that at 36 years old Jonny Lang has already had a successful career for two decades.

Easier to believe when you learn he released his first platinum record at 15 -- an age when many young people are just beginning to play music. Lie to Me revealed a talent that transcended the crop of blues prodigies floating around in the late Nineties. No flashy re-hasher of classic blues licks, even at that early age Lang was a full-blown artist with a style of his own. Also, setting Lang apart from the wunderkind crowd was a 15-year-old voice that sounded like a weathered soul shouter. Actual life experience was yet to come, and has been subsequently chronicled in a series of five uniformly excellent recordings. 'I got married, had kids, and that arc has been recorded on albums along the way,' says Lang. 'There is a lot of personal history in there, and also some things that relate to world events.'